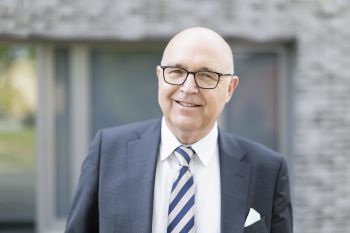 Member of the Scientific Committee of the Global Law Initiatives for Sustainable Development (gLAWcal), Essex

Winfried Huck is a professor for International Economic Law and European Economic Law. After finishing his studies at the University in Bonn and after passing two state exams in Cologne and Düsseldorf he made his doctor degree (PhD) in law on the topic "Transport of radioactive materials" at the University of Bonn in 1991.

Huck worked as an attorney in Bonn and Bremen from 1990 until 1991 and from 1991-1997 as Head of Division for Law and Strategy in the Department of Nuclear Fuel Cycle in the Federal Office for Radiation Protection in Germany. Huck worked as a legal consultant for the International Atomic Energy Agency (IAEA), Vienna. He was a member of the Transport Safety Appraisals Missions of the IAEA in Brazil (2002), Panama (2003), France (2004) and in Japan (2005).

In 2007 Huck was appointed as a professor at the Chinese-German College for Postgraduate Studies (CDHK) of Tongji University, Shanghai, by the president of the Tongji University. In 2011 he started cooperation with the University of Havana where Huck was nominated as the corresponding member of the society of Constitutional and Administrative Law in the Society of Jurists of Cuba in 2015. In 2019 (April – July) he was accepted as Visiting Fellow at the Lauterpacht Centre for International Law (LCIL) at the University of Cambridge and in July 2019 he was appointed as Fellow at the Cambridge Centre for Environment, Energy and Natural Resource Governance (C-EENRG) at the Department of Land Economy, University of Cambridge.

Huck is member of the following societies:

Find out more concerning the cooperation with University of Havana, Cuba (german content)